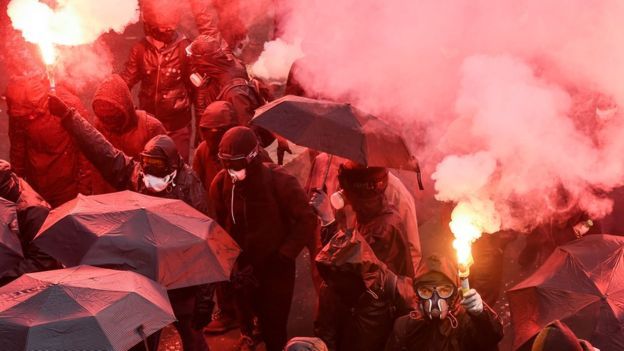 Workers are angry about planned pension reforms that would see them retiring later or facing reduced payouts.

More than 800,000 workers from a wide range of professions demonstrated against the changes. Some cities saw clashes between protesters and police.

That would replace France's current system, which has 42 different pension schemes across its private and public sectors, with variations in retirement age and benefits.

"What we've got to do is shut the economy down," said union official Christian Grolier of the Force Ouvrière (Workers' Force). "People are spoiling for a fight."

Since coming to power, Mr Macron has pushed through other reforms including relaxing labour laws and cutting taxes for businesses.