Murderer of Soleimani killed in US plane downing in Afghanistan
Read: 1710

US Air Force use Mi-24 helicopters to simulate enemy in drills
Read: 564 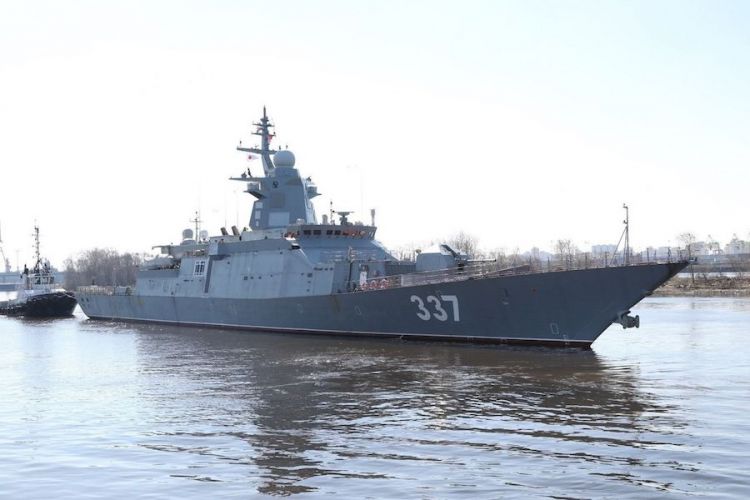 Project 20385 corvettes were designed by Almaz bureau. The multirole corvettes have to detect and destroy submarines and surface warships, support landing operations and engage in various brown-water missions. The displacement is 2500 thousand tons, the length is 106 meters, the width — 13 meters, the speed -27 knots, the cruising capacity is 4000 miles and autonomous navigation is 15 days. The corvettes are armed with the universal Kalibr launchers, the antiaircraft Redut missiles, antisubmarine Paket complex, 100mm artillery gun A-190-01, two 30mm AK-630M, and a Ka-27 antisubmarine helicopter.