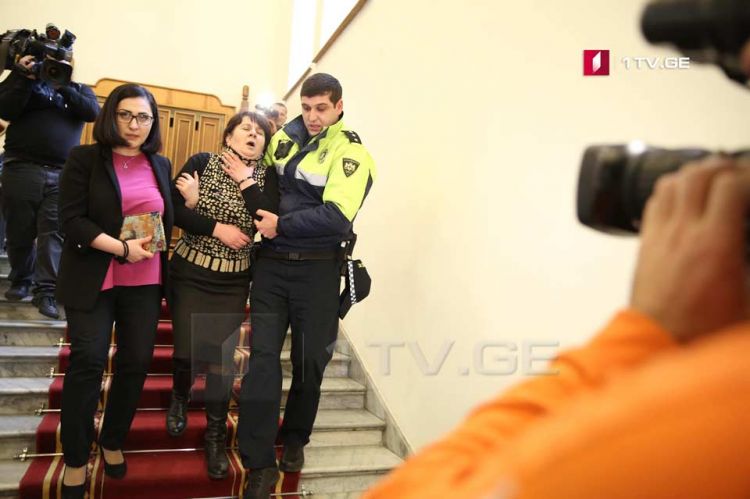 The plenary session at the Parliament took a break. Irakli Kobakhidze, the member of the parliamentary majority, claims that a member of the opposition entered the sitting hall and spilled an unclear substance with a “very unpleasant smell”, causing a delay in the scheduled major vote on the controversial list of judges for the Georgian Supreme court. Archil Talakvadze, the Chairman of the Parliament, called on the lawmakers to leave the hall. Ruling party MPs jointly consider the substance to be “obviously poisonous.”

The ambulance brigade and expert criminalists have arrived in Parliament after two lawmakers, Svetlana Kudba and Enzela Machavariani, complained for feeling sick due to the smell of an undefined substance, Eurasia Diary reports citing Georgia Today.

“The agenda behind the opposition's debasing action is clear. Our reaction will be very harsh,” says Kobakhidze. MP Giorgi Gachechiladze claims such action is nothing but “a terrorist act.”

The opposition firmly opposes the majority of the 20 candidates presented for possible appointment as lifelong judges for the Georgian Supreme Court.

Ambulance service brigade has arrived at Parliament after when several people felt sick because of the sharp smell in the parliament session hall, First Channel of Georgia reports.

One of the members of parliament staff has been taken to the hospital.

According to MP Zaza Papuashvili, the sharp smell has been felt after when Lela Keburia and Irma Nadirashvili entered the session hall.

The plenary meeting of the Parliament took a break. Law enforcers are working at the site.

In addition, the movement “It is a Shame” published a statement and claimed responsibility for the “unpleasant smell” at the session hall.