Is there any point in replacing the OSCE Minsk Group with another diplomatic mechanism? - The explanation by Azerbaijani expert
Read: 569

We call on the UN and international community to urge Armenia to refrain from another military aggression - Azerbaijan President
Read: 209 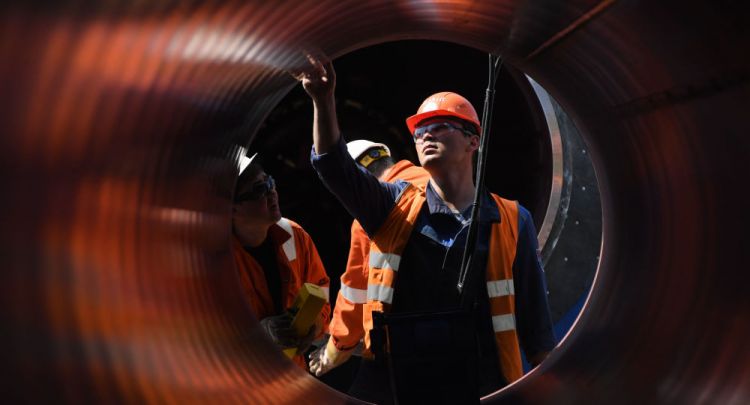 "Some people have a distorted view of Nord Stream as a political project, which it is not. It is a purely economic project, and piling sanctions on it will not do it any good. But the leaderships of the company and our country said that we intended to make Nord Stream happen," Pankin said at a ministerial in Athens.

The US Congress passed a defense bill for 2020 on Wednesday that includes new sanctions on contractors, who are helping to build Gazprom’s pipeline. The curbs are aimed at preventing its completion, which is still expected this year.

German Foreign Minister Heiko Maas lashed out at the United States on Thursday, saying his country was opposed to foreign meddling. Washington has repeatedly painted the pipeline as a ploy to increase the Russian grip on the EU energy market. In the meantime, the US has been pushing Europe to buy more of its costlier liquefied natural gas.