Is there any point in replacing the OSCE Minsk Group with another diplomatic mechanism? - The explanation by Azerbaijani expert
Read: 572

20 injured in clashes with protesters - Lebanon 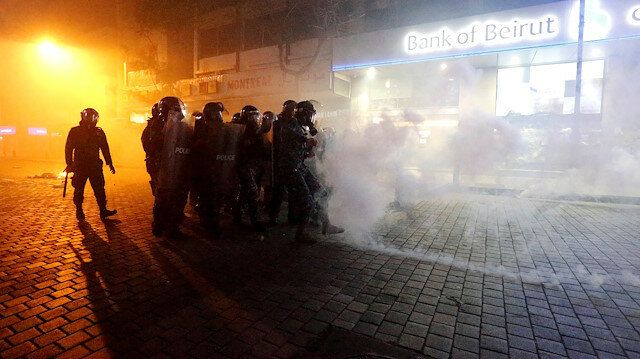 At least 20 people were injured late Tuesday in clashes between protesters and security forces in front of the central bank in Lebanon's capital, Eurasia Diary reports citing Yeni Safak.

Protesters outside the central bank then attacked security forces, pelting them with stones and fireworks. Security forces used tear gas to disperse them.

Lebanon suffers from high unemployment, slow growth and one of the highest debt ratios in the world, with the debt burden reaching $86.2 billion in the first quarter of 2019, according to the Finance Ministry.