daily news
Acting secretary of the Navy resigns after calling ousted aircraft carrier captain 'stupid'
EU fails to agree on coronavirus recovery deal
Trump threatens to withhold U.S. funding to WHO
Russian Su-57 and its ‘assistant’ will not leave a chance to US, - China
Team of specialists from Russian armed forces arrives in Armenia to assist in struggle against COVID 19
Azerbaijan to construct six modular hospitals to fight COVID-19
PKK roadside bomb kills 5 civilians in SE Turkey's Diyarbakır
China lifts 76-day lockdown on Wuhan as city
﻿

An artillery attack on a second US military convoy in Syria
Read: 715

Situation in Idlib won't be solved until Syrian forces withdraw 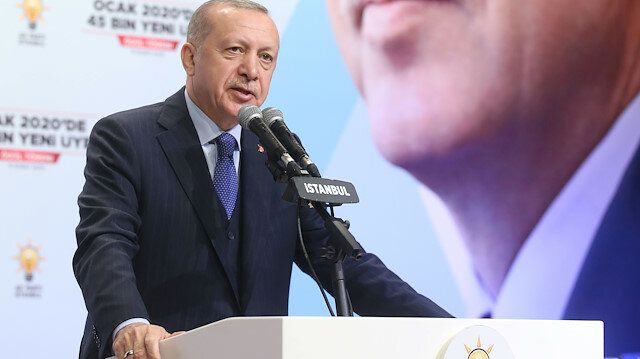 The situation in Idlib in northwestern Syrian will not be resolved until Syrian government forces withdraw beyond the borders that Turkey and Russia outlined in a 2018 agreement, Turkish President Tayyip Erdogan said on Saturday, Eurasia Diary reports citing Yeni Safak.

Turkey and Russia back opposing sides in the war in Syria, but have collaborated to seek a political solution. In 2018, Ankara and Moscow agreed to set up a de-escalation zone in Idlib to stem violence in the region, but a recent Syrian offensive there has upset this fragile cooperation.

"The solution in Idlib is the (Syrian) regime withdrawing to the borders in the agreements. Otherwise, we will handle this before the end of February," Erdogan said, appearing to bring forward a previously stated deadline of the end of February.

"We would like to do this with the support of our friends. If we have to do it the hard way, we are also up for that," he said. "Until we clear Syria of terrorist organisations and the cruelty of the (Syrian) regime, we will not rest easy."