Tsirkon missile to be test-fired for first time in 2020 | Eurasia Diary - ednews.net

Prof. NS. Shenocak - cruelty of some EU states is against the Charter of Human Rights and should be condemned
Read: 840

Tsirkon missile to be test-fired for first time in 2020 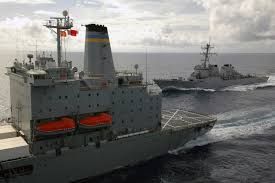 The Tsirkon hypersonic missile will be test-fired for the first time this year in spring from the Admiral Gorshkov frigate, a source in the Russian defence industry said, EDNews reports citing Sputnik.

For the first time, the Tsirkon was test-launched from the Admiral Gorshkov in January in the Barents Sea, home to Russia’s Northern Fleet.

“The second test – but the first one this year – is scheduled for this spring. The missile will be test-fired from Admiral Gorshkov frigate. The tests are underway”, the source said.

The Tsirkon, a scramjet-powered maneuverable anti-ship cruise missile capable of accelerating to speeds of up to 11,100 km an hour, is one of half-a-dozen or so strategic systems being developed by Russia’s military.

The Tsirkon is believed to have a flight range of over 1,000 km, and is expected to be based aboard both surface ships and submarines, including vessels equipped to carry existing Kalibr-class cruise missiles. The missile is also widely expected to be fitted aboard the new Husky class fifth-generation nuclear submarine presently in development.