Iran urgently deployed dozens of missile systems on the coast of Strait of Hormuz
Read: 1103

US and its allies characterize Chinese and Russian aid as a political ploy to garner influence - US expert-Exclusive
Read: 1063 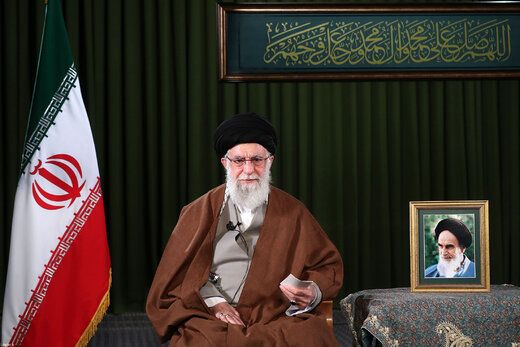 Leader of Iran’s Islamic Revolution Ayatollah Seyyed Ali Khamenei has downplayed the US offer of help to Iran in fight against the COVID-19, saying the US itself is accused of creating the novel virus,EDNews reports citing Iran Front Page.

Addressing the Iranian nation on television on Sunday, Ayatollah Khamenei said the US claims it would help Iran if the Islamic Republic asks for it.

First, he said, the US itself is short of resources in its own fight against the coronavirus, and if it could, it would have helped itself.

Second, the Leader noted, Americans are accuses of developing the virus.

“I don’t know how true it is. But when there’s such an allegation, can a wise man trust you? You could be giving medicines that spread the virus or cause it to remain. Experience shows you can’t be trusted and you do such things,” the Leader added.

Ayatollah Khamenei said there is word that a strain of the virus has specifically been produced to target Iran using Iranian genetic specifications.

Elsewhere in his remarks, the Leader denounced the United States as the most wicked enemy of Iran. He said American officials are “terrorists, liars and charlatans,” urging Iranians to put up a stiff resistance against Washington.