Russian fighter jet shot down two additional US drones near Khmeimim air base in Syria
Read: 894

Russia plans to expand its military bases in Syria
Read: 505 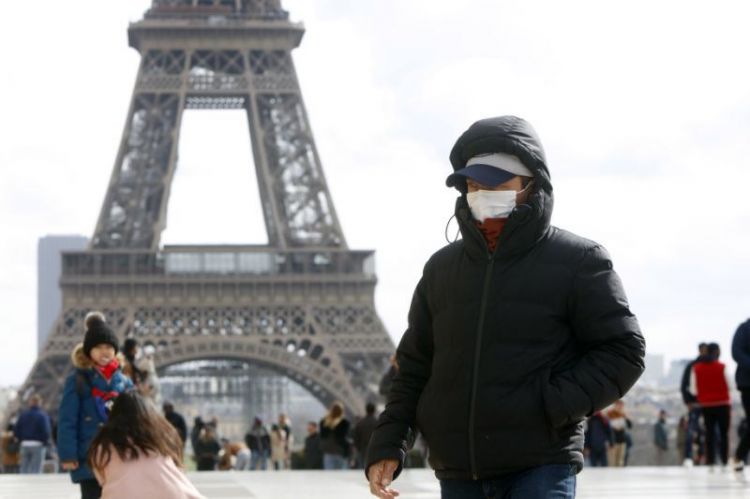 The COVID-19 death toll in Europe continued to climb as the number in France jumped by over 1,400 on Tuesday to pass the 10,000 mark, EDNews reports citing China.org

With 10,328 deaths, France became the third country in Europe to report over 10,000 deaths after Italy and Spain.

According to data from the World Health Organization (WHO), more than 72,700 COVID-19 deaths have been reported globally as of Tuesday, of which over 52,800 were registered in Europe.

Although France entered its fourth week of lockdown, the COVID-19 pandemic still hit hard in the country. It claimed on Tuesday 1,417 more deaths in hospitals and nursing homes, making the combined fatalities at 10,328.

Data unveiled by Health General Director Jerome Salomon showed a fresh daily record of deaths of 607 in hospital, bringing that total to 7,091. There were also 3,237 deaths in retirement homes, up from Monday's 2,417.

Less than two months after its first COVID-19 death on Feb. 14, France now became the fourth country globally -- after Italy, Spain and the United States -- to report more than 10,000 fatalities.

However, the pressure was easing on intensive care units in the country. Some 30,000 are now receiving treatment in hospitals, including 7,131 who need to be put on a ventilator -- a daily rise of 59 compared with 94 on Monday. Also, 19,337 patients have recovered.