Russia is challenging US and NATO with unique armaments of the Su-57 fighter
Read: 1154 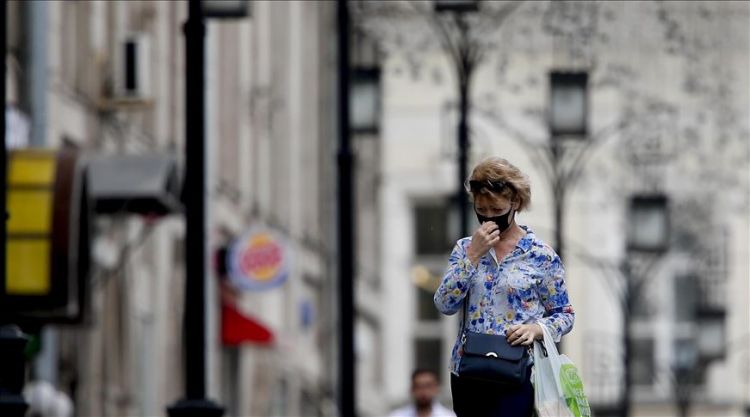 The coronavirus cases in Russia crossed 370,000 on Wednesday, while recoveries continued to outnumber new infections for the second day in a row, EDNews.net reports citing Anadolu Agency.

According to the country's emergency task force, 11,079 recoveries were reported over the last 24 hours against 8,338 new infections.

Russia has resorted to mass testing to detect the virus at the early stages and so far 9.4 million people have been tested across the country.

The government claims that the spread of the virus has been contained and has announced to lift restrictions partially.

From June 1, health rehabilitation and sports centers including those related to the tourist industry possessing medical licenses will start functioning.

Russian President Vladimir Putin has announced that the military parade, commemorating the 75th anniversary of the victory in World War II will take place on June 24. It was originally planned on May 9, but was canceled due to the pandemic.

Authorities in capital Moscow are readying to lift restrictions by allowing movements of people across the city and permit walks in parks.

However, the entry of foreigners and stateless people will remain prohibited. International and railway travel will also continue to remain suspended.

Russia ranks third among worst coronavirus-hit countries in terms of the number of cases, following the US and Brazil. The death toll rose by 161 since yesterday and reached 3,968.

Two top Russian officials are being treated in hospital for the coronavirus, while four more recovered and were relieved form hospitals.

The pandemic has claimed more than 350,500 lives in 188 countries and regions since originating in China last December. The US and Europe are currently the world’s worst-hit regions.

More than 5.60 million cases have been reported worldwide with 350,752. As many as 2.3 million people have recovered so far, according to figures compiled by the US’ Johns Hopkins University.