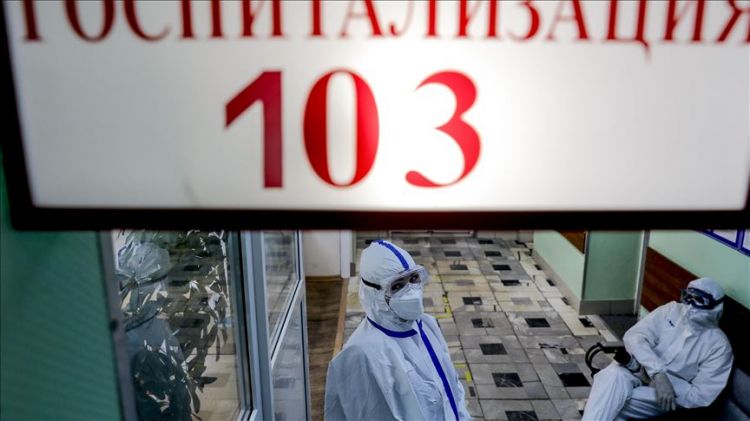 In addition, the pandemic claimed the lives of 181 people, raising the death toll to 4,555, the country's emergency task force said in a daily report.

Over the same period, 8,212 were successfully cured of the disease, bringing the total recoveries to 167,469, it added.

Russia carries out an average of 10 million tests per month to detect the virus at early stages when it is less contagious and so less dangerous.

Two types of tests are being used in the country: polymerase chain reaction (PCR) to diagnose COVID-19, and enzyme-linked immunosorbent assay (ELISA) to reveal how many people have already been exposed to the virus in the past and have antibodies to it.

More than 9.3 million people took PCR tests so far, while ELISA tests have been recently launched because they are supposed to be started after passing the peak of morbidity.

On Tuesday, the government said the spread of the virus had reached a "stable" and controlled level and began to lift pandemic restrictions inside the country, while keeping in force a ban on foreign entry into the country, with international air and railway travel still suspended.

Two top Russian officials are being treated for the coronavirus, while four others have recovered.

The pandemic has claimed more than 365,200 lives in 188 countries and regions since originating in China last December. The US, Brazil and Russia are currently the world’s worst-hit countries.

More than 5.94 million cases have been reported worldwide. Over 2.5 million people have recovered so far, according to figures compiled by the US' Johns Hopkins University.