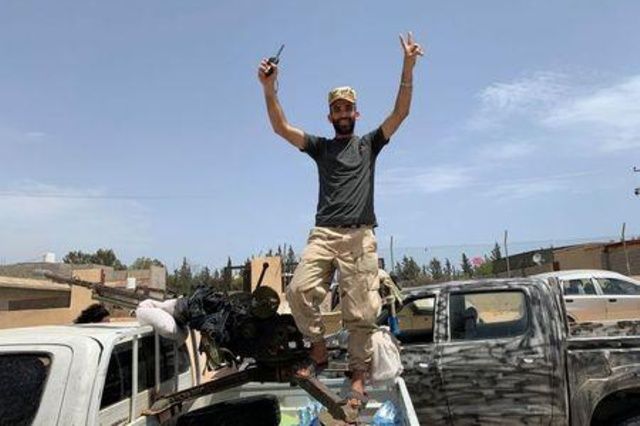 Military sources in Haftar’s Libyan National Army (LNA) said their forces had withdrawn from the town of Tarhouna towards Sirte, far to the east, and al-Jufra airbase in central Libya.

The advance extends the control of the Government of National Accord (GNA) across most of northwest Libya, reversing many of Haftar’s gains from last year when he raced towards Tripoli.

The GNA gains could entrench the de facto partition of Libya into zones controlled by rival eastern and western governments whose foreign backers compete for regional sway.

The GNA is backed by Turkey, while Haftar, whose LNA still controls the east and oil fields in the south, is supported by Russia, Egypt and the United Arab Emirates.

LNA spokesman Ahmed al-Mismari said on television that “friendly countries” had urged an end to the fighting. But he vowed the fight would continue and called it a holy war against Turkey.

The United Nations has started holding talks with both sides for a ceasefire deal in recent days, though previous truces have not stuck.

“What is happening now is the beginning of the division of Libya,” Saeed Mugheeb, a pro-Haftar lawmaker, said in a statement that echoed comments from others in the east.