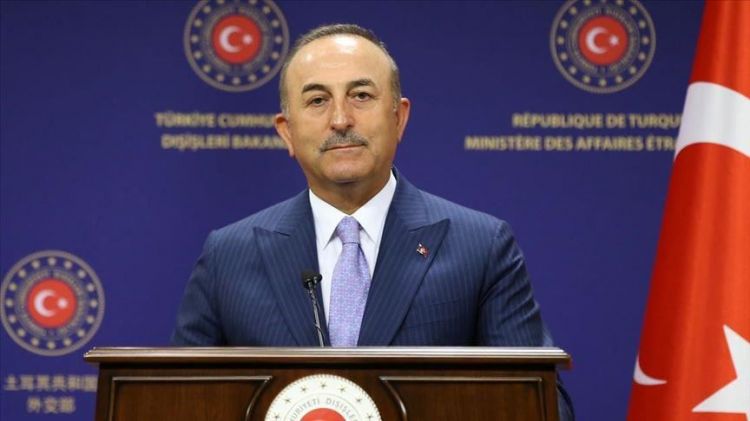 Turkey on Tuesday accused NATO ally France of trying to increase Russia's role in Libya, despite the fact that the alliance sees Moscow as a threat, EDNews.net reports citing Anadolu Agency.

“NATO sees Russia as a threat on the hand, but NATO ally France is trying to increase Russia's presence in Libya on the other,” Foreign Minister Mevlut Cavusoglu said in a joint news conference with his Hungarian counterpart Peter Szijjarto.

“Even though we [Turkey] appear to be on opposite sides with Russia, we are working not to worsen the situation, but to achieve a cease-fire,” Cavusoglu added.

He went on saying that France supported "a putschist, a pirate, Khalifa Khaftar" in opposition to UN Security Council decisions, referring to the renegade general based in eastern Libya.

Libya has been torn by a civil war since the ouster of late ruler Muammar Gaddafi in 2011. The country's new government was founded in 2015 under a UN-led agreement, but efforts for a long-term political settlement failed due to a military offensive by Haftar's forces.

The UN recognizes the Libyan government headed by Fayez al-Sarraj as the country's legitimate authority. Tripoli has battled Haftar's militias since April 2019, a conflict that has taken over 1,000 lives.

Under a military pact with Libya signed last November, Turkey sent military advisers to assist in the battle against Haftar’s forces.

After the discovery of mass graves in areas left behind by retreating Haftar militias, the UN and international jurists have expressed concern over possible war crimes.

Haftar has been supported internationally by Russia, France, Egypt, and the United Arab Emirates.