Kashmir Bleeds - Conflict can trigger another war between India and Pakistan
Read: 518

Azerbaijani MoD - Armenians created a fake Twitter account using the name of the Ministry of Defense of Azerbaijan
Read: 496 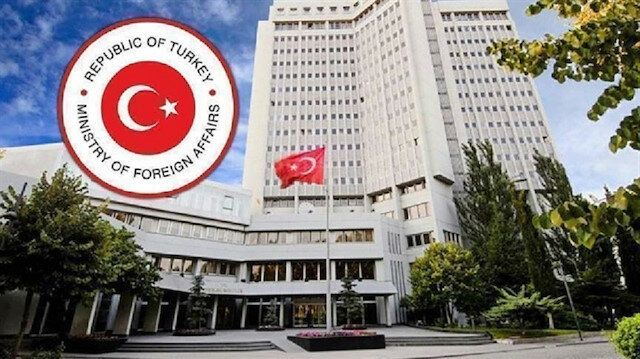 "It is a shame that so-called human rights defenders, who are becoming an instrument to the terrorist organization's smear campaign, ignore the massacres, crimes and oppression...committed by these terrorists in Syria," it stressed.

It also slammed Linde's remarks on social media after meeting with the PYD/YPG/PKK members.

"This attitude raises serious question marks about Sweden's approach to combating terrorism as a matter of priority."

It said the presence of members of the terrorist organization’s armed wing during the meeting further increased the severity of the situation.

In its more than 30-year terror campaign against Turkey, the PKK -- listed as a terrorist organization by Turkey, the US and the European Union -- has been responsible for the deaths of 40,000 people, including women, children and infants. The YPG is the PKK’s Syrian offshoot.