Peace, prosperity and stability in Azerbaijan is significant for the true realization of international projects and UN 2030 Agenda - Qaiser Nawab
Read: 1162 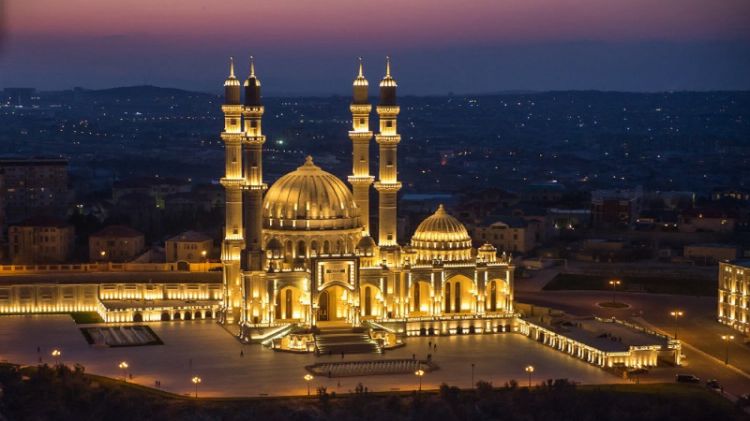 Every year world’s Muslims celebrate one of the most sacred holidays of the Islamic world, Eid al-Adha, which marks the end of the pilgrimage to Mecca known as Hajj.

Muslims celebrate Eid al-Adha (Feast of the Sacrifice) 70 days after the end of the month of Ramadan and the holiday usually lasts for four days.

As a rule, the meat of the sacrificed animal (sheep, goat, camel or cow) is divided into three parts: one part is given to the poor. Another one is shared out among the relatives, while the final third part is eaten by the family. This ceremony can be performed both on the first and on the following days of the holiday.

On the holiday, Muslims should eat meat dish. Pilaf or soyutma are traditionally prepared by Azerbaijani people for Eid al-Adha, while kids are often treated with various sweets.

The holiday preparations also include bathing and dressing in new clothes. After that, Muslims attend mosque for the early prayers and exchange gifts.

After the holiday prayer in the mosque, the imam reads sermons praising God and his Prophet Muhammad.

On Eid al-Adha, Muslims forgive others and seek forgiveness during the holiday. People also visit graveyards to offer their respects to family members.

Eid al-Adha is also a time of family gatherings, when Muslims visit their relatives and friends.

The holiday begins with the first sighting of the new moon. The date of Eid varies from country to country depending on geographical location.

Since gaining independence and by the law "On holidays of the Republic of Azerbaijan", approved in 1992, Eid al-Adha has been celebrated in Azerbaijan every year as a public holiday.