Azerbaijan has right to use its armed forces to take back its legally acknowledged territory - British journalist
Read: 2132 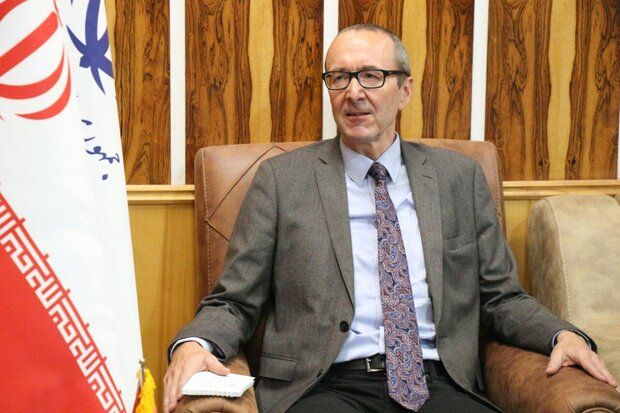 Referring to US maximum pressure against Iran and the imposed monetary and trade restrictions on the country, the envoy said his country is aimed at setting a proper ground for the expansion of cooperation between Iranian and Austrian firms despite the coronavirus pandemic and the US sanctions.

He added that Austrian delegations are planning to make trips to Iran.

"Austrian firms are really interested in establishing ties with Iran among which are 250 firms who have held some related discussions at the place of Austrian Economic Chamber," he said.

Ambassador Schulz said, "the trade department of the Austrian embassy will be in contact with the Iranian side to prepare the framework for further mutual ties and implementation of the bilateral agreements and MOUs."

In his earlier remarks on July 22, Schulz had named Iran as one of the top powers in the region.

The Austrian Ambassador further appreciated the efforts made by the Iranian Red Crescent in the fight against COVID-19.