Turkey says annexation of Kashmir does not contribute to peace | Eurasia Diary - ednews.net

Is there any point in replacing the OSCE Minsk Group with another diplomatic mechanism? - The explanation by Azerbaijani expert
Read: 460

Turkey says annexation of Kashmir does not contribute to peace 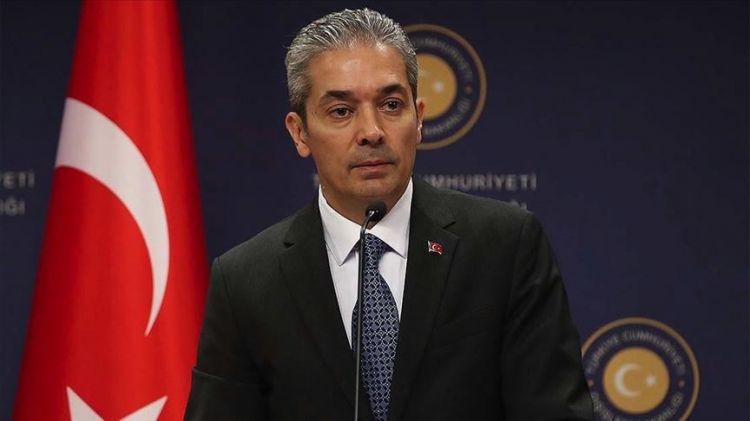 The annexation of Jammu and Kashmir does not contribute to peace and stability in the region, Turkish Foreign Ministry spokesman said on Wednesday on the occasion of the first anniversary of India’s decision of revoking the seven-decade-long semi-autonomous status of the Himalayan region, EDNews.net reports citing Anadolu Agency.

"It is observed that practices implemented over the last year -- since the abolishment of the article [370] of the Indian constitution that granted special status to Jammu and Kashmir -- have further complicated the situation in Jammu and Kashmir and not served to peace and stability in the region," said Hami Aksoy in a statement.

Aksoy further reiterated Turkey's call for dialogue to resolve the issue under the UN charters and resolutions.

On Aug. 5 last year, the Indian government scrapped the special status of the country’s only Muslim-majority state. Jammu and Kashmir was also split into two federally administered territories.

Simultaneously, New Delhi locked the region down, detaining thousands of people that include dozens of top politicians, imposing movement restrictions and enforcing a communications blackout.

Kashmir is held by India and Pakistan in parts but claimed by both in full. A small sliver of the region is also controlled by China.

Some groups in the Indian-administered Kashmir have been fighting against Indian rule for independence, or unification with neighboring Pakistan.