Trump says if he wins election US will make deals with Iran, North Korea 'very quickly' 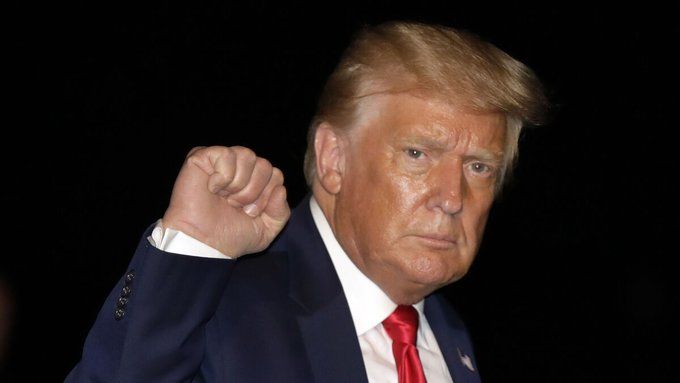 US President Donald Trump said during a press conference that if he wins the presidential election Iran and North Korea will make deals with the United States very quickly regarding their nuclear weapons programmes, EDNews.net reports citing Sputnik.

Tensions between the US and Iran around the latter's nuclear programme re-emerged after Wahington unilaterally withdrew from the Joint Comprehensive Plan of Action (JCPOA) – better known as the Iran nuclear deal – and reintroduced sanctions on Tehran in 2018.

Trump also said that if not for his administration, the US will be now at war with Pyongyang.

"Everybody said, 'Oh, Trump will get us at war'. No, just the opposite".

The US President and North Korean leader Kim Jong-un had two summits in Singapore and Vietnam, to negotiate denuclearisation of the Korean Peninsula. However, the summit in Hanoi ended up with nothing, after Trump walked out refusing to lift economic sanctions imposed on Pyongyang until North Korea dismantle its entire nuclear arsenal.

Since the failure in Hanoi, the denuclearisation talks between the two countries have been stalled, and North Korea resumed missile tests, which it suspended during the negotiations.