'Turkey will protect its rights, interests in Eastern Mediterranean 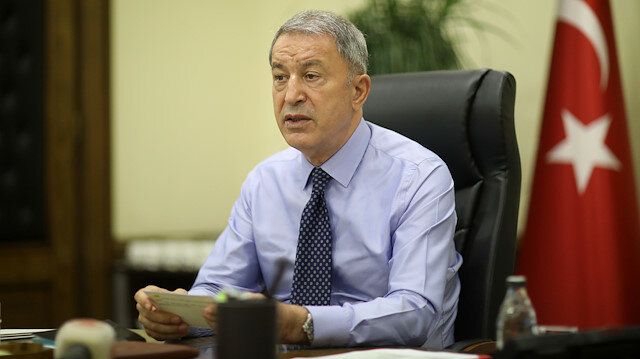 Turkey has taken all measures to protect its rights and interests in the Eastern Mediterranean arising from international law in its maritime jurisdiction areas, the country's top defense official said Tuesday, EDNews.net reports citing Yeni Safak.

Addressing top Turkish commanders in a virtual conference, Defense Minister Hulusi Akar said no dealings that excluded Turkey and the Turkish Republic of Northern Cyprus (TRNC) could be implemented in the region and that Ankara would not allow any no fait accompli in the Eastern Mediterranean.

But Greece’s controversial move last week to sign a maritime delimitation agreement with Egypt, which Turkey says violates its continental shelf and maritime rights, has further sparked tensions between the two neighbors.

Turkey also announced Monday that the Oruc Reis will conduct research in the region until Aug. 23.

Turkey has long contested the Greek Cypriot administration’s unilateral drilling in the Eastern Mediterranean, asserting that the TRNC also has rights to the resources in the area.