Pompeo says US may consider sanctions against Belarus 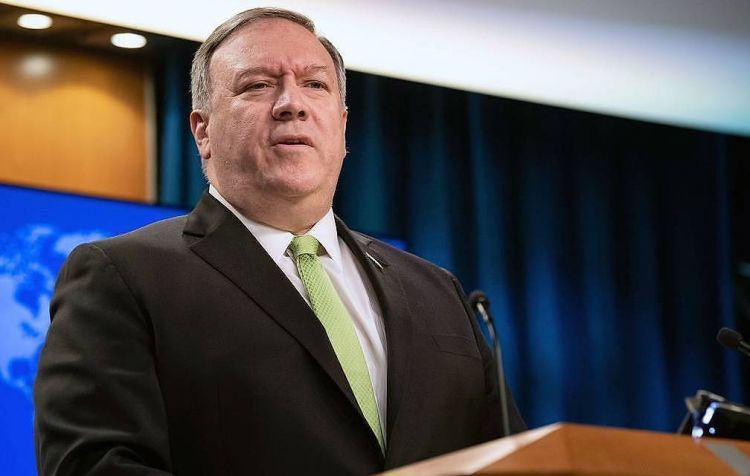 US Secretary of State Mike Pompeo said that the US would consider the possibility of introducing sanctions against Belarus due to the current events in the republic, EDNews.net reports citing Tass News.

"Oh, I’m sure we’ll look at each of these things, and the important thing to note is the criteria. What is it that we believe that we can do, not just the United States unilaterally, but in a multilateral way to deliver good outcomes for the Belarusian people, whether that turns out to be sanctions or turns out to be making decisions about product deliveries? Those are all things that are yet to be determined," Pompeo said in an interview with Radio Free Europe/Radio Liberty published on the US State Department’s website.

"We’re going to have to work through that," the US secretary of state said in response to the question on the possible changes made to the US-Belarus relations, namely in relation to the deliveries of US oil to Belarus and the dispatching the US ambassador to Minsk. "As you said, we were incredibly troubled by the election and deeply disappointed that it wasn’t more free and more fair. We’ve seen this behavior before, and we regret that this is how it’s transpired. Then we’ve watched the violence and the aftermath, peaceful protesters being treated in ways that are inconsistent with how they should be treated," he said.

"We haven’t settled out what the appropriate response is, but I can tell you this: We’ll work with our European friends, our freedom-loving friends here who are equally concerned about what took place. We want good outcomes for the Belarusian people and we’ll take actions consistent with that," Pompeo concluded.

Belarus held a presidential election on August 9. According to the preliminary results provided by the Belarusian Central Election Committee, incumbent President of Belarus Alexander Lukashenko got 80.08% of the vote. Svetlana Tikhanovskaya, who was considered his main opponent, came in second with 10.09%. She stated that she didn’t recognize these results, considering herself the elected head of state, and filed a complaint with the Central Election Committee. After exit poll results were announced in the evening of August 9, protests erupted in downtown Minsk and other regions of the country, leading to clashes between protesters and law enforcement forces. The protests continued on August 10 and 11. As a result, several thousand people were detained, dozens of police officers and protesters were injured.