We will never allow the establishment of a second Armenian state on the territory of Azerbaijan - Ilham Aliyev
Read: 391

“A hand grabbed my leg, I saw it was my daughter…” - our resident who suffered from the Armenian attack - PHOTOS
Read: 278 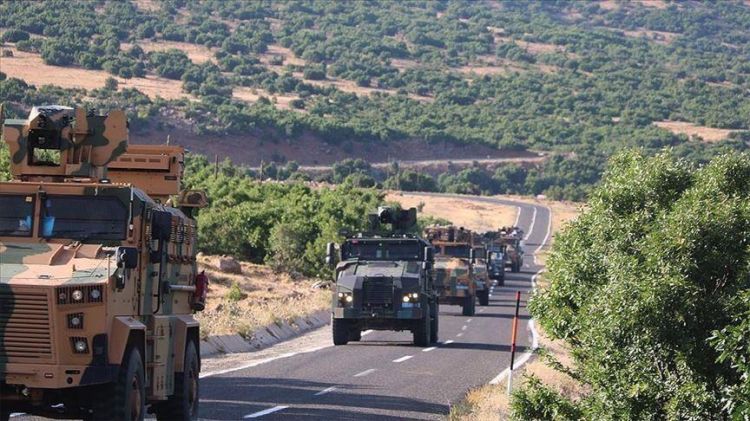 A new anti-terror operation has been initiated around Mt. Herekol in Turkey’s eastern Siirt province, the Interior Ministry announced Friday, Yeni Safak reports.
Operation Yildirim-11 Herekol is aimed at completely eliminating the separatist terror group PKK from the country and neutralizing all terrorists hiding out in the region, the ministry said in a statement.
As many as 1,003 security personnel are taking part in the operation, including Gendarmerie Special Operations forces, police, and security guards, it added.
On Sept. 8, Operation Yildirim-10 was launched in the eastern Van province to neutralize PKK terrorists in the region.
At least 54 terrorists have been neutralized, 24 collaborators captured, 112 caves, shelters, and storages destroyed, and a large quantity of arms, ammunition and other supplies have been seized in Yildirim operations to date, the ministry said.
Turkish authorities often use the term "neutralized" to imply the terrorists in question surrendered or were killed or captured.
In its more than 30-year terror campaign against Turkey, the PKK – listed as a terrorist organization by Turkey, the US, and the EU – has been responsible for the deaths of nearly 40,000 people, including women, children and infants.