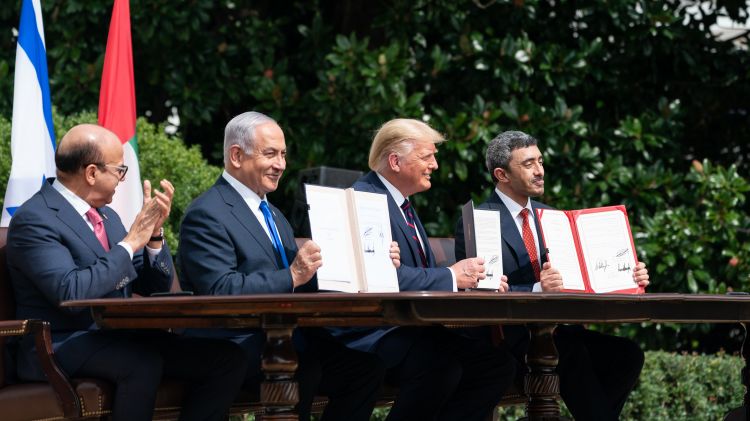 Abu Dhabi Crown Prince Mohammed bin Zayed al-Nahyan said in a tweet earlier in the day that he had had a phone call with Israeli Prime Minister Benjamin Netanyahu to discuss strengthening bilateral ties and the prospects for peace in the region, Sputnik reports.

The Israeli Cabinet on Monday approved a normalisation deal with the United Arab Emirates and will submit it for parliamentary ratification, an official statement says.

At the same time, Israeli Prime Minister Benjamin Netanyahu stated that he has invited the Abu Dhabi crown prince to Israel and has received a reciprocal invitation to visit the UAE.

On 13 August, Israel and the UAE reached a landmark peace agreement, brokered by the US, to normalise ties, which, among other things, stipulates the two countries signing an array of cooperation accords pertaining to investments, tourism, security, and other areas.

The August agreement made the UAE the third Arab country to conclude a full-fledged peace deal with Israel after Egypt in 1979 and Jordan in 1994.