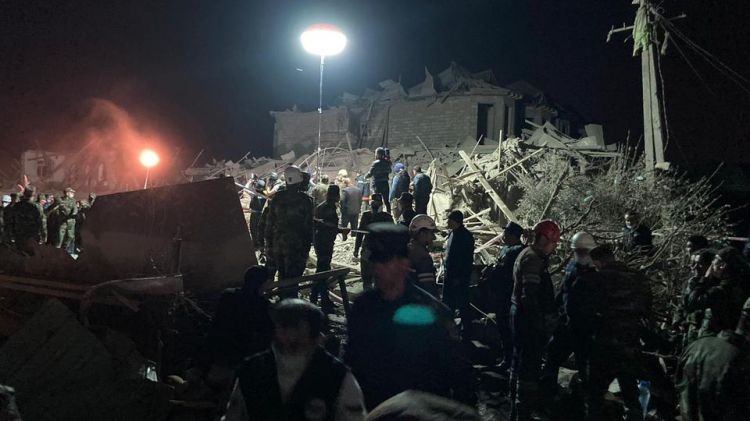 According to TRT news agency, some of Turkish high officials condemned Armenian missile attact on civilian settlements in Ganja.

"Armenia continues to commit war crimes even under a declared ceasefire. As in Khojali, it kills women, children, the elderly and civilians indiscriminately. Armenia will pay for these unlawful acts and murders. Turkey stands with Azerbaijan to the very end," Kalin said in a tweet.

"It is noteworthy that other countries and international organisations have a say on every issue but remain silent over Armenia’s invasion and killing of civilians. No crime against humanity will go unpunished."

“I strongly condemn the actions of Armenia, which has committed war crime and crime against humanity by its attacks on the cities of Ganja and Mingacevir in Azerbaijan. I express my good wishes to the brotherly Azerbaijani people and once again I repeat that we stand by them in their just cause,” Kilicdaroglu tweeted.