As a result of Armenian provocations, 60 civilians were killed and 270 were injured | Eurasia Diary - ednews.net

France’s stance towards the conflict between Armenia and Azerbaijan is much alike of its acts in the period of Crusades - Expert
Read: 497

As a result of Armenian provocations, 60 civilians were killed and 270 were injured 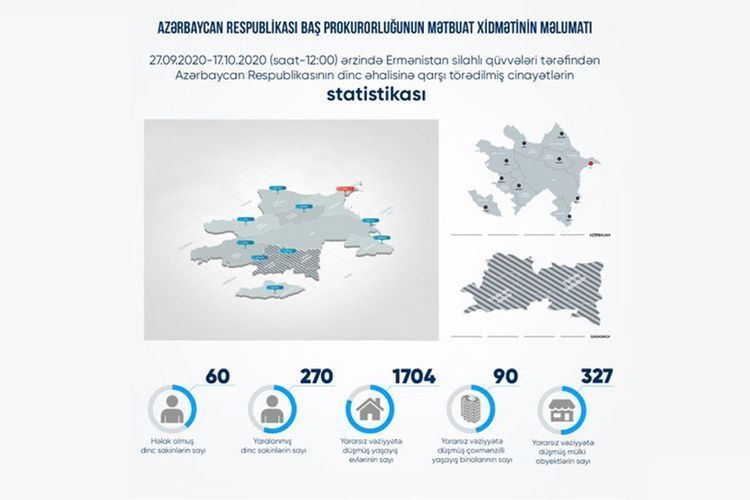 The number of Azerbaijani civilians killed and injured as a result of Armenian provocation has been announced.
According to the press service of the Prosecutor General's Office, 60 civilians were killed and 270 were injured as a result of Armenian shelling of settlements since September 27.
In addition, 327 civilian facilities, 90 residential buildings and 1,704 houses were damaged.