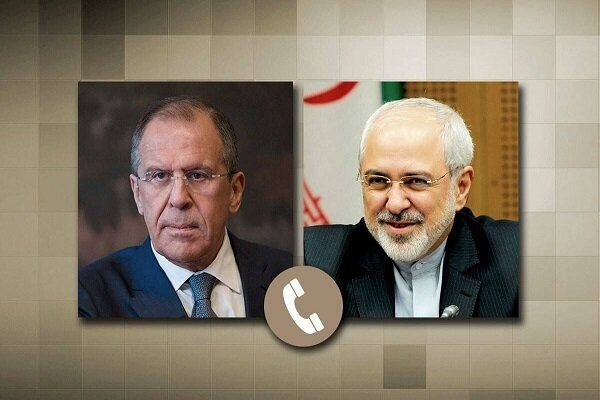 During the phone conversation, the Iranian and Russian foreign ministers discussed the current situation in the Nagorno-Karabakh region, considering Russia's efforts to achieve a full-fledged ceasefire in the conflict region and the need for humanitarian aid to residents affected by the war.

The two sides also discussed other key issues, including the situation in Syria, the Persian Gulf and Yemen, as well as the issue of Afghanistan.

They also conferred on bilateral cooperation between Iran and Russia in the international arena.

The talks stressed the commitment of Tehran and Moscow to the return of all parties to the JCPOA to the full implementation of their obligations in the framework of this international agreement and Security Council Resolution 2231.

The Iranian and Russian foreign ministers discussed the current plans of comprehensive partnerships between the two countries, especially in the economic, trade and humanitarian fields.

The two sides agreed to continue talks on all issues of mutual interest.