The trilateral statement of 11 January is necessary for economic stability and prosperity in the region - Experts
Read: 453

"Pakistan and Turkey's positions in II Karabakh War was extremely important for us" - Jeyhun Bayramov
Read: 235

"It is impossible to imagine Shusha without Jidir Duzu, Azerbaijan without Shusha" - President Aliyev
Read: 160 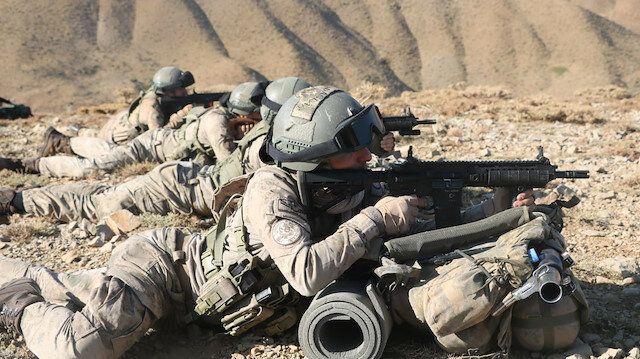 Since mid-July, Turkish security forces have neutralized at least 148 terrorists on Turkish territories as part of the country’s Yildirim anti-terror operations, a government official said on Friday, Yeni Safak reports.

In November operations, Turkey neutralized a total of 79 terrorists, including several on the ministry’s wanted list, Catakli said.

Turkey carried out a total of 9,770 counter-terrorism operations in rural areas and 1,325 in provincial areas in November, he added.

The first Yildirim operation, launched in the southeastern province of Sirnak on July 14, and its associated operations are meant to neutralize terrorists believed to be hiding out in eastern and southeastern Turkey.

In its more than 30-year terror campaign against Turkey, the PKK -- listed as a terrorist organization by Turkey, the US and EU -- has been responsible for the deaths of 40,000 people, including women, children, and infants.