At least 17 pro-Iranian militias killed in US strike against Syria | Eurasia Diary - ednews.net 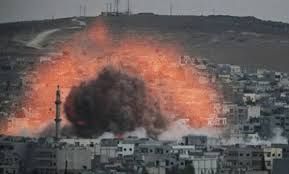 US Air Force’s missile strikes against several areas near the Syrian-Iraqi border have inflicted losses on pro-Iranian Shi’ite militias fighting for pro-government forces in Syria, Saudi Arabia’s television broadcaster Al Hadath said on Friday.
At least 17 Shi’ite combatants were killed in the attack. The broadcaster did not mention the names of the armed groups hit.