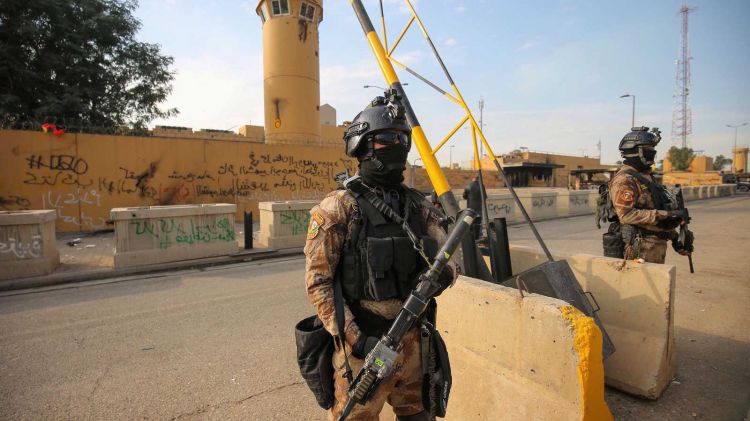 Iraq has ruled out the possibility of the United States withdrawing its forces from the Middle East region, the country's ambassador to Amman, Haidar al-Azari, told Sputnik, adding that the regional states, including Jordan and Iraq, have strategic agreements with Washington.

"I do not subscribe to the view that the United States may withdraw from the region", al-Azari said.
A number of the Middle East nations, with Jordan and Iraq among them, consider Washington a partner, the Iraqi diplomat added, noting that the regional states have "strategic agreements" with the US. Al-Azari went on to highlight the importance of Russia’s ties with the regional countries.
"Iraq is an important partner for Russia, as well as for the United States. A balance needs to be created between the major powers concerned with the Middle East. I believe that the US and Russia should be represented in the region.
Most of the regional countries have solid relations with them. As for our role, we should know how to deal with [these] two states", Al-Azari, who served as Iraq’s ambassador to Moscow from 2016-2019, noted.

White House officials have previously said that the White House has not yet reached a decision on US force posture in Iraq and other countries going forward.

In late February, Iraqi President Barham Salih said, contrariwise, that neither Baghdad nor Washington wants to have US forces in the Middle Eastern country, though both are committed to maintaining the fight against Daesh*