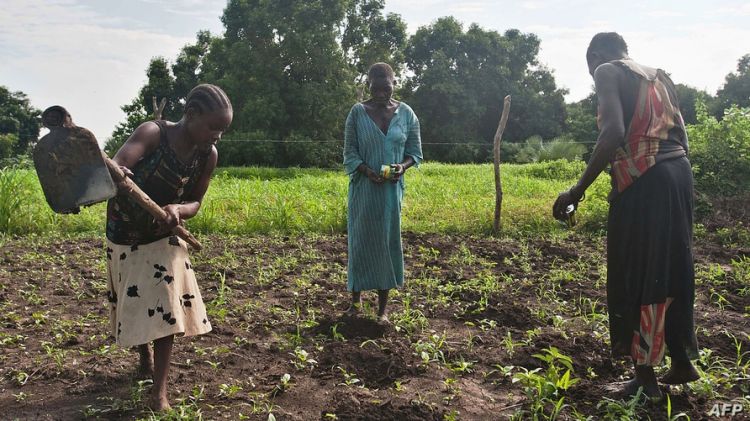 Forty-five people were arrested in South Sudan’s Central Equatoria state last week on suspicion of trying to grab land illegally according to a police spokesperson. A local chief in the area said some of the suspects are military officers.
An official in the state governor’s office said the suspects, all of whom are from Jonglei state, were apprehended while illegally demarcating land in Mangalla Village.
Colonel James Dak, deputy spokesperson for South Sudan’s National Police Service, said the suspects were rounded up by police officers on Thursday.
“They started occupying people’s land without knowing who owns that land and they started building in it, then at the end of the day the dispute will start. Instead of going to the land department to know who owns the land and also to make documents first, somebody just builds in the land using the power of his status; being from the forces or the security and threatening people who own the land,” Dak told VOA’s "South Sudan in Focus."
He said eight of the suspects were later released on bail while the others remained in police custody Monday and were interrogated before appearing in court. Dak said the suspects will be arraigned in court once the police investigations are complete.
Derick Derickson, press secretary in the office of Central Equatoria Governor Emmanuel Adil Anthony, said the suspects were arrested following a new order from the governor.
Adil’s order prohibits the issuing or demarcation of land in Central Equatoria until new state government structures are fully established. Anyone caught violating that order will be arrested, said Derickson.
“They will be dealt with accordingly and the law will be applied in full force on them, because this is very illegal as per our constitution and this cannot be tolerated in one way or the other,” Derickson told VOA.
Governor Adil condemns such action “in the strongest term possible” and is committed to solving land related issues “once the state line ministries are fully established,” he added.
The suspects, who include top military officers, threatened locals with firearms when surveying the land, according to Alesendero Jada, executive chief of the Radolo Boma in Mangala Payam.
“The land grabbers started distributing our land to themselves on 2nd November. We went to the governor and he came to talk to them. When the governor was there, they were found sitting at their tables registering people. The governor told them to stop what they were doing but once the governor returned to Juba, they came back the next day,” Jada told VOA.
Jada urged state authorities to stop illegal land grabs so villagers who own the land can go about their business without being disturbed.
“The places for farming have all been allotted. Now this year where will the people farm? And the government is telling people to go and farm. Now, even these are the government people coming to take and terrorize civilians,” Jada told "South Sudan in Focus."
Any soldier who tries to take land illegally is acting as a private individual and should be charged in a court of law, said Brigadier General Santo Domic, deputy spokesman of the South Sudan People Defense Force.
“A blanket accusation should not be given to the military in regard to that, so it is a good development if all the leadership of Central Equatoria is able to arrest some culprits regarding this issue of land grabbing, but as the military, we don’t grab land from anybody,” Domic told "South Sudan in Focus."
Community leaders in Central Equatoria state have repeatedly complained about land grabs and recently accused some internally displaced persons who fled from their homes due to flooding in Jonglei state’s Bor County of land grabbing. Community leaders wrote an open letter last week to Governor Adil urging him to address the matter.