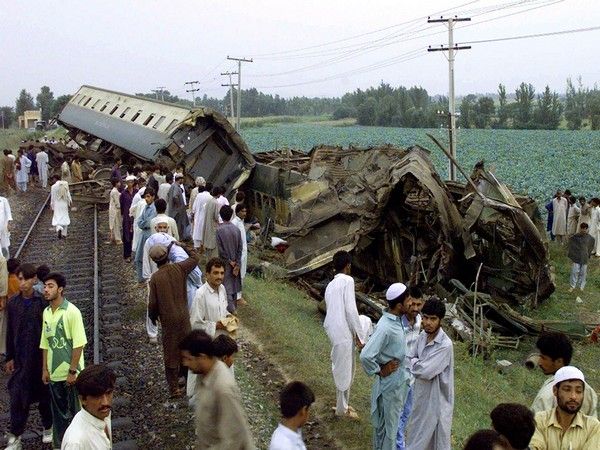 One passenger was killed and several others were wounded on Sunday when Lahore-bound Karachi Express met an accident near Rohri in a city of Sukkur District in Pakistan's Sindh province, reported Geo News.

Eight coaches of the train got derailed, said the Rescue sources. The Rescue personnel is busy in relief activities, aided by the local people, reported Geo News.

The rescue sources said several people are still trapped inside the ill-fated train. The personnel are facing problems in the rescue operation owing to the darkness, they said.

The train service has been suspended on both tracks, said the Pakistan Railways sources. They said all the Punjab-bound trains that left Karachi have been halted on different stations.

Meanwhile, Pakistan Railways had suffered Pakistani Rs 1.2 trillion losses during the past 50 years and the government plans to revive the collapsing organisation and have no clue how to proceed.

The cash-strapped Prime Minister Imran Khan's Pakistan Tehreek-e-Insaf (PTI) government seems as clueless about its strategy for the railway's revival as any previous administration.

It has, apparently, put all its eggs in the Chinese basket, hoping that the investment of USD 6.8 billion on an upgrade of the Main Line-1 (ML-1) connecting Peshawar with Karachi would resuscitate the dying company.

Citing the 2019-20 Economic Survey, Dawn reported, the railway owns 474 locomotives (458 diesel engines and 12 steam engines) for 7,791km length of the track. During the first eight months of FY20 (July-February), the number of passengers decreased to 39.4 million against 39.9m from the previous year.