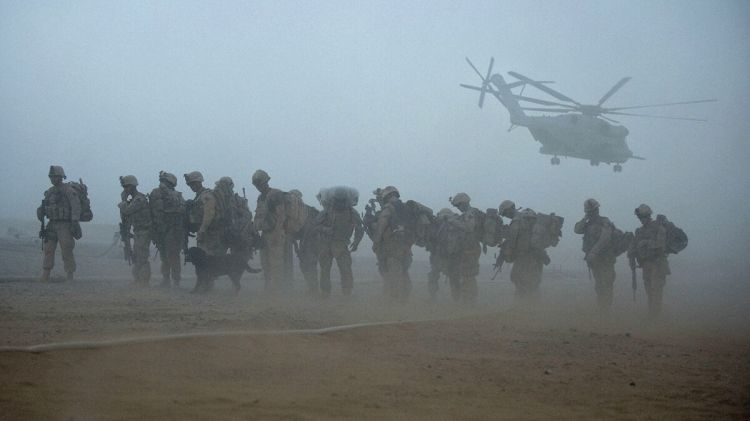 On Wednesday, Biden declared that the US would begin withdrawing its 2,500 troops from Afghanistan on May 1, with the aim of being completely out by September 11. NATO forces will also depart Afghanistan on May 1. This has sparked fears among analysts that the country's civil war will continue once the last foreign soldier has left, Eurasia Diary reports citing Sputnik.

The Russian Foreign Ministry calls for avoiding a new wave of military escalation in Afghanistan amid the US decision to reschedule the withdrawal of troops for September 11, Russian presidential envoy for Afghanistan Zamir Kabulov told Sputnik.

We would not like to see the further military developments in Afghanistan," Kabulov said, commenting on the US decision.

On Wednesday, the Taliban said that from the movement's point of view, the withdrawal must be completed within the timeframe set in the agreement.

"The US colleagues should now settle this issue with the Taliban movement, with whom Washington signed the agreement. The agreements must be fulfilled," Kabulov added.

The September 11 deadline is quite remarkable since it is the 20th anniversary of the 9/11 terrorist attacks, after which the administration of George W. Bush launched an operation in Afghanistan against the terrorists of the al-Qaeda group*.

According to Biden, the United States will not leave Afghanistan in a hurry, but responsibly and in coordination with its allies. Meanwhile, according to an agreement concluded with the Taliban by the previous Trump administration in early 2020, US troops are obliged to leave the country before May 1.

The US president said that Washington will continue to assist Afghan security forces after the withdrawal. He, at the same time, called on Pakistan, Russia, China, India and Turkey to "support" Afghanistan, adding that these countries "have a significant stake in the stable future" of the war-torn country.

Biden, however, did not include Iran, which shares a border with Afghanistan, in this list of countries.

Biden's predecessor, former President Donald Trump, concentrated on returning soldiers from "forever" wars and began the final troop drawdown. However, he failed to finalize the full withdrawal of troops from the war-torn country during his term. Moreover, former President Barack Obama, who initiated the reduction of the military contingent in Afghanistan in 2011, also failed in delivering his promise to end the war for the US.