Turkey, US agree to use direct channels of dialogue effectively - Erdogan
Read: 262

New operation launched in eastern Turkey to root out terrorism 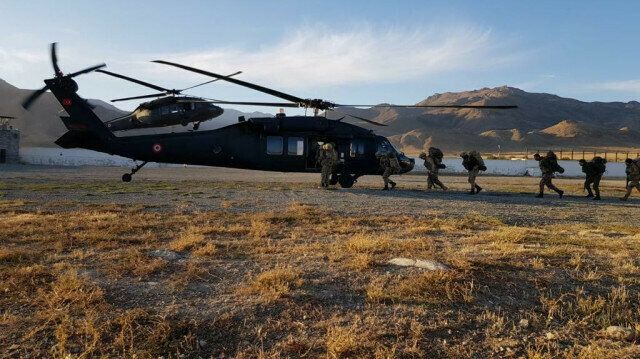 Operation Eren-15 Mt. Agri-Cemce Madur – named after Eren Bulbul, a 15-year-old martyred by the terrorist PKK in 2017 – was launched to eliminate the terrorist PKK from the country and "neutralize" terrorists in the region, Turkey’s Interior Ministry said in a statement.

"The Operation Eren series, launched to eliminate terrorism from the country completely, continues successfully with faith and determination with the support of our public," the ministry added.

In its more than 35-year terror campaign against Turkey, the PKK – listed as a terrorist organization by Turkey, the US and the EU – has been responsible for the deaths of at least 40,000 people, including women, children and infants.