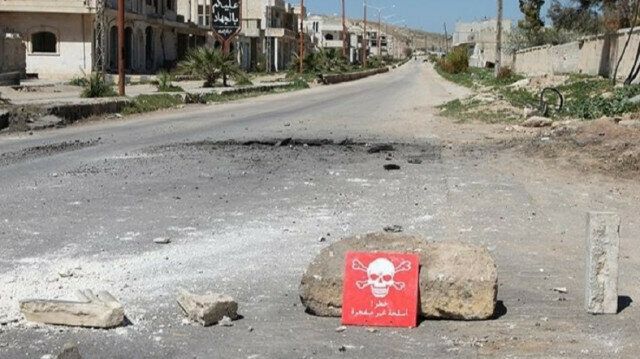 Izumi Nakamitsu said in a briefing before the Security Council on Thursday that a chemical agent, without naming what it was, was found "inside storage containers of large volume at a previously declared chemical weapons facility may imply undeclared production activities."

Nakamitsu said the Organization for the Protection of Chemical Weapons (OPCW) had gathered information since 2014 which indicates "production and/or weaponization of chemical warfare nerve agent did, in fact, take place at this facility."

On Thursday, the US informed the Security Council of the Assad regime's involvement in 50 chemical attacks against the Syrian people since 2011

On April 13, OPCW said in a report that there were "reasonable grounds to believe" that a Syrian air force helicopter dropped a chlorine bomb on Saraqeb town, northwest Syria.