TIKA's building located near residential tower that was destroyed by Israel 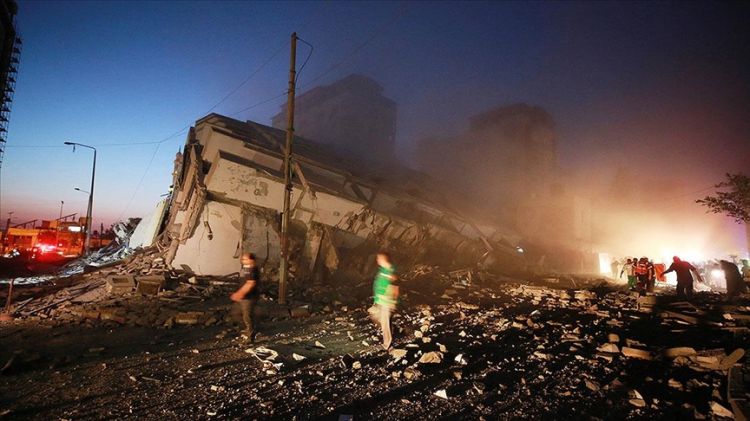 The Turkish Cooperation and Coordination Agency (TIKA) building in Gaza sustained severe damage late Tuesday after Israeli warplanes targeted a residential tower nearby.
An Anadolu Agency correspondent in Gaza said the TIKA building's furniture, windows, electronic devices, and solar energy system were all damaged by the Israeli airstrike.
The correspondent said TIKA's staff were not injured as they left the building before the strike.
On Tuesday evening, the Israeli army completely destroyed the Hanadi residential tower in western Gaza City, and the surrounding buildings were also severely damaged.
Since Monday, Gaza has been targeted by Israeli airstrikes that have killed at least 32 Palestinians and left 203 injured. Palestinian resistance groups in Gaza responded by firing rockets towards Israeli cities, killing three Israelis and injuring 31 others.