Any incident between Russia and NATO may escalate up to the use of nuclear weapons - Expert
Read: 336 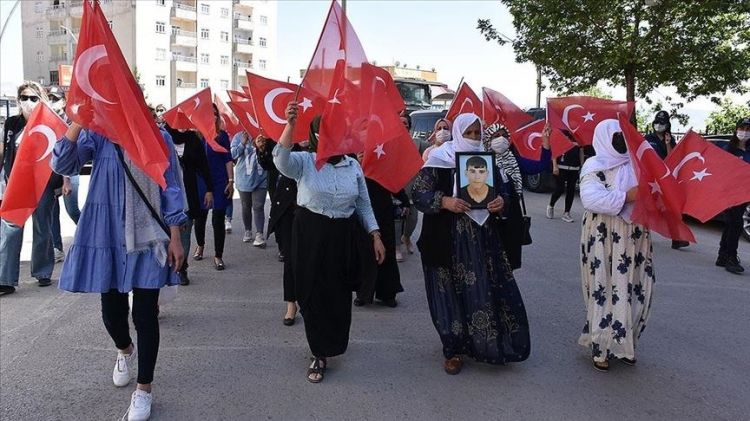 Families in Turkey whose children have been abducted or forcibly recruited by the PKK terrorist organization continued their sit-in on Thursday, Eurasia Diary reports citing Anadolu Agency.

The families in the southeastern province of Diyarbakir have been protesting since Sept. 3, 2019, for 640 days, encouraging their children to give up their weapons and surrender to Turkish authorities.

Protests outside the office of the opposition Peoples' Democratic Party (HDP) in the Diyarbakir province started with three mothers who said their children had been forcibly recruited by the terrorists. The Turkish government says the HDP has links to the PKK terrorist organization.

Guzide Demir, one of the protesting mothers, said she wants to reunite with her son as she has not heard from him for six years.

“We want our children from HDP. They kidnapped our children. We hold them responsible. We are determined, will continue our struggle,” said Demir, calling on her son to surrender to the security forces.

Hatice Levent, another mother at the sit-in, said she has come to the protest from the northwestern province of Kutahya for her daughter Fadime Levent.

Stating that she missed her daughter, she said: “My daughter, your place is with me. I’m begging you to return.”

“Free our children. Take your hands off them. We won’t leave without taking back our children,” she said. “Fadime, your siblings missed you so much. I miss you calling me Mom.”