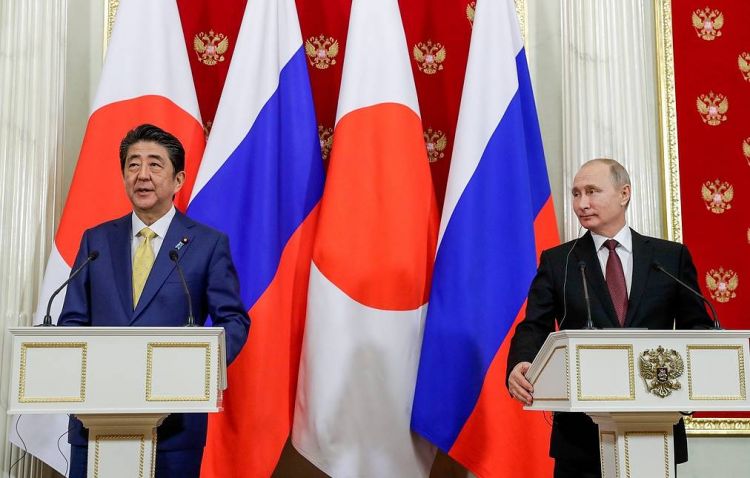 "Yes, we have amended the constitution. Undoubtedly, we must take this into account, but I don’t think that peace treaty talks must be suspended. There are lots of delicate issues here, and, in the course of preliminary discussions, we voiced lots of issues to our colleagues, friends and partners in those talks, including security-related matters," the Russian leader told heads of world news agencies at a meeting organized by TASS.

"We were curious about how those issues can be solved, given the plans of your allies to deploy advanced missile strike systems on the territory of Japan," Putin said, addressing the editor-in-chief of Japan’s Kyodo news agency, Toru Mizutani. "We have always wondered if those systems would be deployed in locations where they can threaten the Russian Federation."

In his words, Russia has received "no unambiguous, firm and clear answer" to its questions so far.

The Russian president went on to say that neither the former Soviet Union nor Russia have ever agreed to hand over the four South Kuril islands to Japan.

"Japan’s position about two islands was changed more than once starting from 1956. Then, we stopped any talk about this part of the Kuril Ridge at your initiative, at Japan’s initiative. Then, we resumed [talks] at the request of the Japanese side. They were about two islands. Then, Japan changed its position again and began to speak about four islands. But Russia has never agreed to that, neither did the Soviet Union," Putin continued.

At the same time, the Russian president pointed out that Russia and Japan must build good-neighborly relations in any case.

"We are natural partners due to a wide array of reasons. Our friends in Japan are aware of that. That is why we are ready to continue those consultations, with regard to present-day realia, but assuming that both Russia and Japan are interested in signing a peace treaty from the strategic point of view," he said.