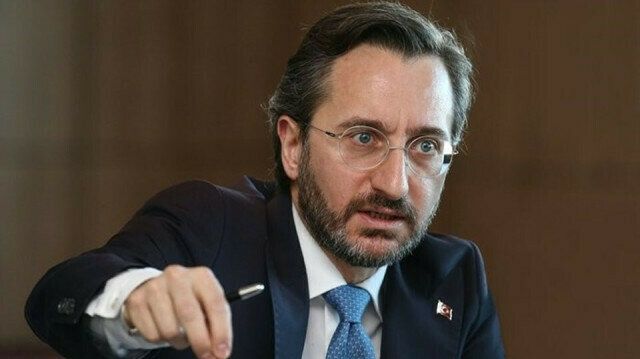 “The alliance needs to have a clear vision to meet new security challenges and a commitment to member support,” Fahrettin Altun said in an op-ed for the Al Jazeera English website.

In the article, titled “Turkey’s vision for NATO in an era of global challenges,” Altun underlined the need for the alliance to update its strategic concept in the wake of the changing regional security dynamics in the past decade.

He said Turkey has always been at the forefront of confronting the challenges facing the common security of the alliance.

Turkey’s participation in critically important NATO missions around the world, including in Afghanistan and Iraq, and hosting of strategic NATO assets on its territory proves its “robust commitment” to the alliance, he stressed.

“We consider NATO indispensable for our nation’s security and for peace in our region” he noted.

Altun stressed that Turkey is ready to pay its fair share “to ensure the collective security for our alliance.”

Turkish President Recep Tayyip Erdogan arrived Sunday in Brussels, Belgium to attend Monday’s NATO summit, which will be held with the participation of the leaders of alliance member countries.

Leaders of NATO countries will discuss the path that the military alliance will follow over the next decade in the face of challenges such as China, Russia and cyber threats.

They will gather at NATO headquarters in Brussels for the first time since 2018.

Erdogan will meet with US President Joe Biden – their first meeting since Biden took office – as well as with British Prime Minister Boris Johnson, German Chancellor Angela Merkel and other world leaders.