A severe explosion occurred at a major chemical industrial complex in Leverkusen, Germany, sending toxic smoke billowing above the city with residents told to stay indoors and close all windows and doors. 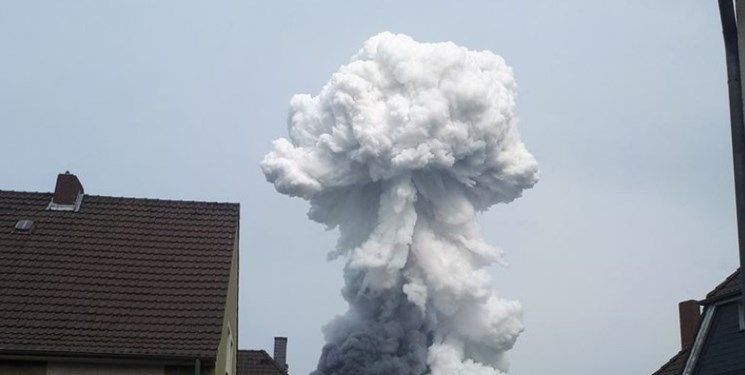 On Tuesday morning, Leverkusen’s Chempark, an industrial complex for the chemicals industry, tweeted that the cause of a huge explosion was uncertain but called on all residents of the city to stay indoors, keeping all windows and doors firmly shut, RT reported.
The message was reinforced by the Leverkusen police, who added that residents must avoid the area in which the explosion had occurred.
The Cologne Fire Brigade said it was assisting the Leverkusen Fire Brigade with its operations, noting that the smoke plume could be seen from miles away.
Footage shared online shows the smoke swelling out of the facility, which is apparently owned by the Bayer Chemicals giant, on the banks of the Rhine.
According to the city’s police department, the roads around the facility have been largely blocked off. Motorways are also affected.
The police made a further request for people to stay away from the area and keep off the roads, noting that they need as many emergency service personnel on-site as possible.
In a follow-up tweet, the city’s police described the situation as “confusing” and confirmed that several people have been injured.
Reuters reported that five people were missing and several injured after the explosion rocked the industrial park in the Western German city of Leverkusen.
Residents also received a warning on the “Nina” app, which sends important civil protection warnings for various hazard situations. It read, “Explosion in Bürrig, warning level: extreme danger.”
In 2016, there was a major fire at the Leverkusen chemical park that put the whole area on alert. The blaze broke out at a chemical storage facility during restocking procedures and was safely extinguished by the fire brigade. Chempark announced the fire didn’t cause any danger to the public and no one was injured.