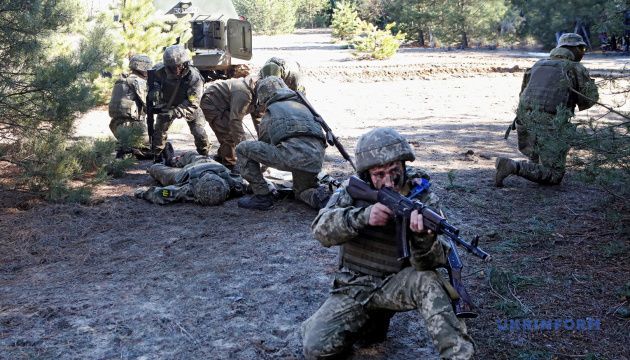 Over the past day, August 1, four ceasefire violations by Russian occupiers were recorded in the Joint Forces Operation area in eastern Ukraine.
“The enemy opened fire from hand-held antitank grenade launchers, heavy machine guns, and small arms on Ukrainian positions near Avdiivka (17km north of Donetsk); grenade machine guns and small arms – towards Katerynivka (64km west of Luhansk); under-barrel grenade launchers and small arms – outside Popasna (69km west of Luhansk),” the press center of JFO Headquarters informs.
In Luhansk region, an enemy Orlan-10-class UAV was spotted flying over the line of contact.
Joint Forces troops sustained no casualties.
Ukrainian troops fired back in response to the enemy attacks.
The Ukrainian side of the Joint Control and Coordination Center (JCCC) informed the OSCE SMM about all violations by the Russian-occupation troops, using the established coordination mechanism.
As of 07:00 on August 2, no ceasefire violations were recorded.