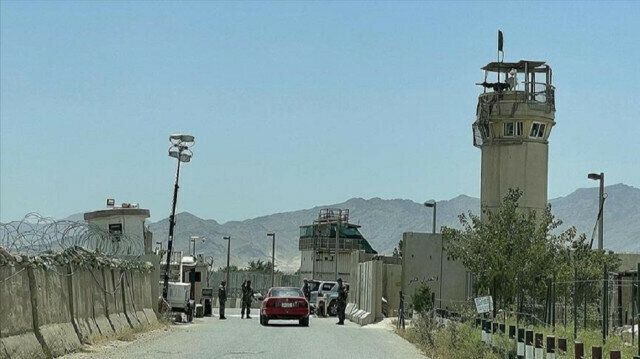 “We're not in a position to attribute it officially just yet, but of course it does bear all the hallmarks of the spate of Taliban attacks that we have seen in recent weeks,” said State Department spokesperson Ned Price in a press briefing.

“We unequivocally condemn the bombing and we continue to stand by our partners,” he added.

Witnesses told Anadolu Agency that the blast appeared to be caused by a car bomb in the Sherpur neighborhood.

Mohammadi took to Twitter to reassure that he was well.

"Do not worry, everything is fine," he wrote in his native Dari language.

The Defense Ministry also confirmed that Mohammadi was safe.

“By the grace of God, General Bismillah Mohammadi, the Minister of National Defense, is completely healthy,” spokesman Fawad Aman said in a tweet.

Shortly after, another blast followed by smaller explosions and gunfire shook the capital, also near the Green Zone.

There was no immediate claim of responsibility for the attacks. Clashes between Afghan forces and the Taliban have intensified across the country as foreign troops withdraw