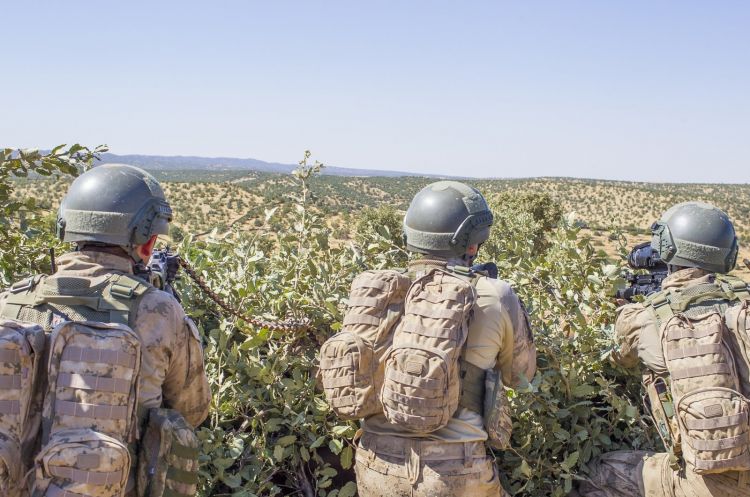 An operation against the PKK terrorist organization has been launched in four rural neighborhoods and their surroundings in the Nusaybin district of southeastern Mardin province, the governorate announced on Thursday.
According to a statement, the operation was launched to eliminate high-ranking PKK leaders and destroy their shelters.
It added that a curfew had been implemented for the safety of the locals in the Serinkaya, Eroğlu, Görentepe and Yavruköy neighbourhoods of Nusaybin and surrounding areas. The curfew will remain in place until a second announcement is made.
Turkish security forces regularly conduct counterterrorism operations in the eastern and southeastern provinces of Turkey, where the PKK has attempted to establish a strong presence.
Turkish security forces have eliminated 137 members of the PKK and YPG, its Syrian offshoot, throughout July within the scope of internal and cross-border counterterrorism operations.