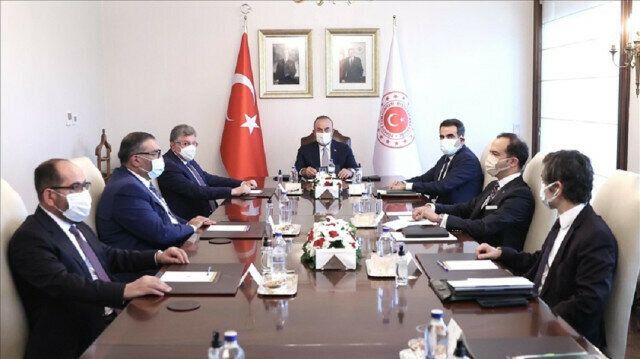 Cavusoglu met with Salem Al-Meslet, head of the National Coalition of Syrian Opposition; Anas Abdeh, president of the Syrian Negotiation Commission; and head of the Syrian Interim Government Abdurrahman Mustafa.