Over 1,900 terrorists neutralized since beginning of 2021 - Minister | Eurasia Diary - ednews.net

Turkey is of importance for ensuring security, safety and peace in Afghanistan - Expert
Read: 221

Over 1,900 terrorists neutralized since beginning of 2021 - Minister 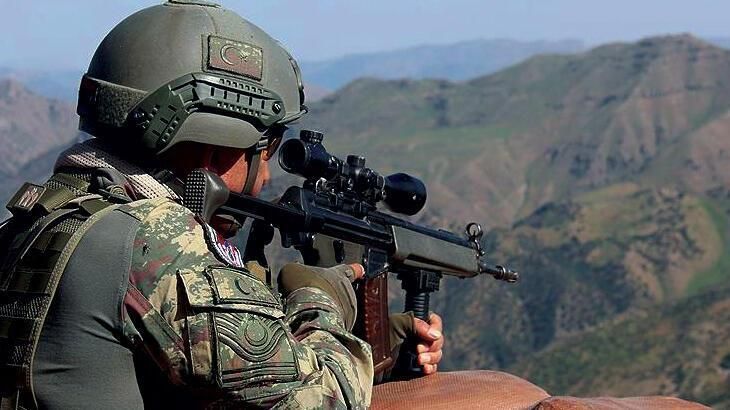 Turkish security forces have neutralized 1,926 terrorists in domestic and cross-border operations in the north of Iraq and Syria since the beginning of 2021, the Turkish national defense minister said on Sept. 11, Eurasia Diary reports citing Hurriyet Daily.

Hulusi Akar, together with the military chief and commanders of troops stationed across the border, held a meeting at the Turkish-Syrian borderline.

He wished God's mercy to all martyrs, and two Turkish soldiers were killed earlier in the day in the Idlib de-escalation zone, where acts of aggression are prohibited. It was formed after an agreement between Turkey and Russia.

Akar said Turkey did not remain silent over developments in the north of Syria, and launched operations Euphrates Shield, Olive Branch and Peace Spring for the safety of its citizens and its borders.

Underlining that the military operations respect the borders and sovereign rights of Iraq and Syria, Akar said Turkey’s only target is terrorists.

"It is out of the question for us to allow any formation in the south of our borders, whether it be called a ‘terror corridor’ or something else," he said.

"Had Mehmetcik [Turkish soldiers] not destroyed this terror corridor, we would have been dealing with much more multifaceted problems. The value of this must be understood very well."

Touching upon the activities in the Idlib de-escalation zone after Operation Spring Shield, Akar said: "There are agreements signed after our negotiations with the Russian Federation. We abide by these agreements. We have fulfilled our responsibilities and we continue to do so."

"We expect our interlocutors to comply with these agreements and their responsibilities here," he added. "The cease-fire here must continue, stability must be ensured as soon as possible."

A safe environment must be created for Syrians there to live in comfort and security, the defense minister said.

Syria has been mired in a vicious civil war since early 2011 when the Assad regime cracked down on pro-democracy protests with unexpected ferocity. Since then, hundreds of thousands of people have been killed and millions displaced.

On migrants, he said: "Turkey cannot tolerate a new wave of migration. We must do our best to prevent immigration. The basis of this lies in making the region safe and stable. We strive for this."