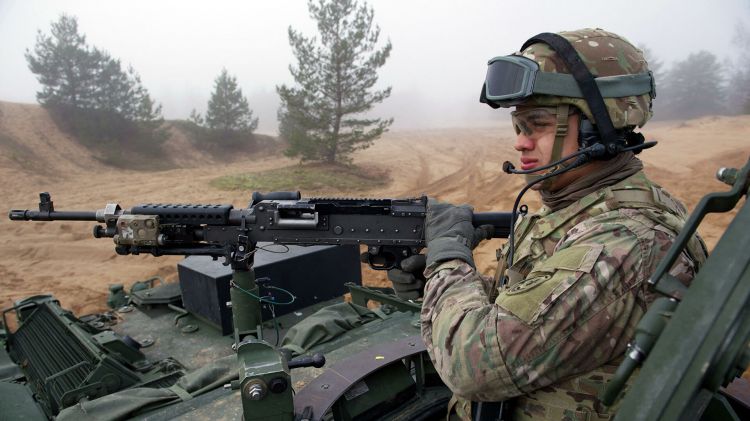 The annual international military exercises Winter Shield 2021 kicked off in Latvia on Monday and will run until 4 December, the Baltic republic's armed forces said on Monday.

"From 21 November to 4 December, Latvia will host international military exercise ‘Winter Shield’ to test and upgrade the combat capabilities of Latvian and allied Armed forces units along with their integration and interoperability within Baltic region’s collective defence system" the statement issued by the armed forces reads.

During the exercise, live-fire from howitzers, mortars, grenade launchers, machine guns and small arms will take place daily from 07:00 to 21:00 GMT, as well as overflights of military aircraft.

NATO has been deploying multinational battalions on a rotational basis in Latvia, Lithuania, Estonia and Poland at their request since 2016.