"Many people I know in Azerbaijanis still dealing with the trauma" - Former US Ambassador discussed the political side of the January 20 events - VIDEO
Read: 253

The Black January is a victory of humanity over tyranny - Pakistani expert
Read: 200 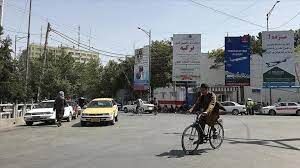 The Union for the Mediterranean (UfM) called to strengthen efforts to resolve conflicts that are holding the region back from development and integration, Yeni Safak reports.

The Jordanian and EU co-presidency of the UfM released a joint statement after the union’s sixth regional forum wrapped up in Barcelona on Monday evening.

The first point centered on the Israel-Palestine conflict, with the parties encouraging anything that “achieves comprehensive Middle East peace and to relaunch effective negotiations to solve the Palestinian Israeli conflict on the basis of the two-state solution.”

Both Palestine and Israel are members of the UfM.

While the statement applauded recent high-level contacts, it also underlined the importance of not undermining trust with moves like Israel’s push to build illegal new settlements.

Finding a political solution to the Libyan crises was another of the union’s key concerns.

The statement stressed the importance of holding presidential and parliamentary elections in December and upholding the 2020 cease-fire agreement, which would result in the “complete withdrawal of all foreign forces, foreign fighters, and mercenaries from the Libyan territories.”

Syria, the only country to have been suspended from the 42-member UfM, was another pressing issue.

The forum emphasized the need to keep pushing for a political solution to the Syrian crisis, while also renewing its commitment to providing humanitarian aid to Syrians in need.

“The UfM can contribute to these goals in the Mediterranean region by creating, through dialogue and cooperation, a political environment that is conducive to the solution ... of the conflicts and the political tensions affecting members,” read the statement.

Besides discussing the conflicts plaguing the Mediterranean, country representatives also met on the sidelines to review progress on regional integration.

“Notwithstanding the progress made, it is also true that, despite its massive potential, the region remains one of the most economically fragmented regions in the whole world,” the statement added.

Turkey is one of the founding members of the UfM, which is an offshoot of the Euro-Mediterranean Partnership Process that began in 1995.