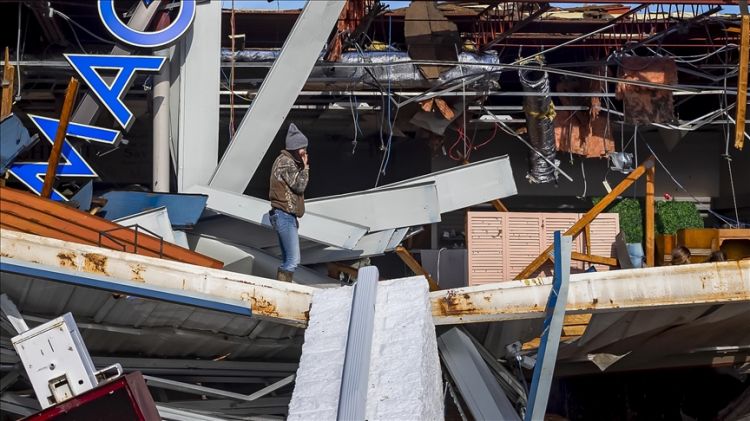 The death toll from tornadoes that hit the southeastern US state of Kentucky overnight will "probably end up closer to 70-100 lost lives," the governor said Saturday, Anadolou Agency reports.

Describing the area as "devastated," Andy Beshear told a press briefing that multiple counties were affected by strong winds while Mayfield was one of the hardest-hit cities.

He also said that storms collapsed the roof of a candle factory, resulting in mass casualties.

Earlier, the governor said at least 50 people were believed to have died due to the tornadoes.

Meanwhile, Beshear declared a state of emergency after the tornadoes and submitted a request to President Joe Biden's administration for an immediate federal emergency declaration.

According to the governor, 181 national guardsmen have been deployed to the affected zones for search, extractions and debris clearance.

***Turkey expressed sorrow over the deadly incident. A Foreign Ministry statement offered condolences to the US people and government, and wished speedy recovery for the injured.