The fatalities include a Saudi citizen and a Yemeni resident 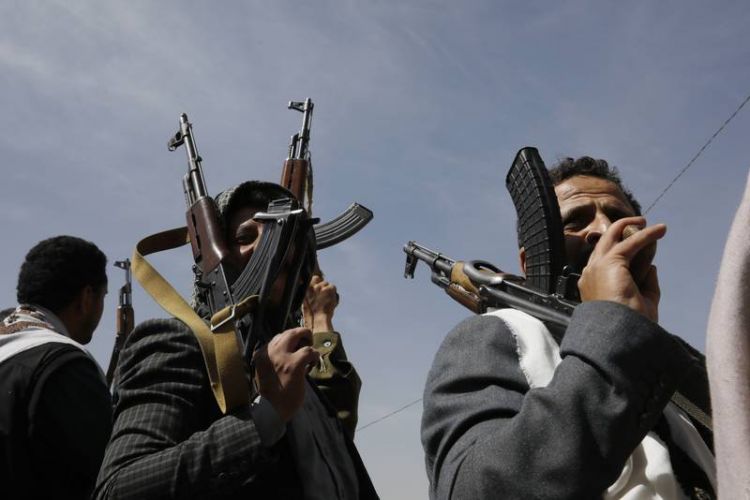 Two people were killed and seven injured after a Houthi projectile targeted the southern Saudi city of Jazan on Friday, Saudi state media has reported.
The fatalities were a Saudi citizen and a Yemeni resident, the Saudi Press Agency and other media reported.
Lt. Col. Mohammed Al-Hammad, the official spokesperson for the General Directorate of Civil Defence, said that Civil Defence received a report about the fall of a hostile projectile launched by Houthi militia from inside Yemeni territory towards Samtah governorate in Jazan region.
He added civil defence teams sent to the site discovered a military projectile had fallen on a commercial store on the main street, resulting in the two deaths.
He said six of the wounded were Saudi civilians and one was a Bangladeshi resident, SPA reported.
Earlier on Friday, the Saudi-led coalition has said it destroyed nine Houthi weapons depots near the Yemeni capital Sanaa on Friday.
A military operation targeted the Tashreefat military camp run by Iran-backed Houthi rebels, the Saudi state news agency quoted the coalition as saying.
The Houthis have launched repeated cross-border drone and missile attacks on Saudi Arabia since the Saudi-led coalition intervened in Yemen in March 2015, after the rebels ousted the internationally recognised government from Sanaa.