US base in Syria comes under mortar fire - ednews.net

US base in Syria comes under mortar fire 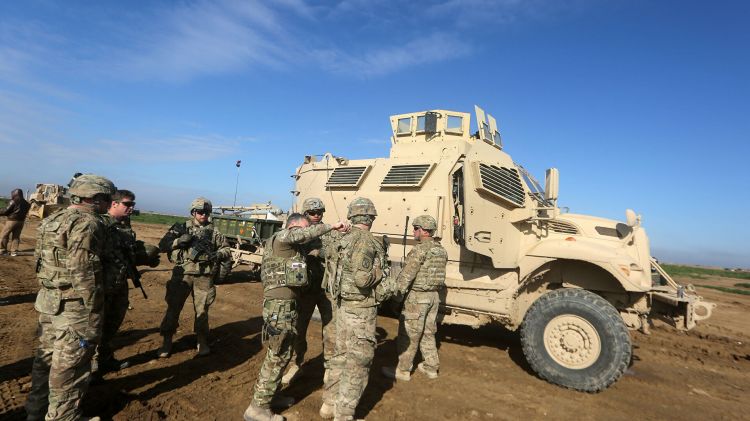 A military base housing US-led coalition forces in northeastern Syria came under mortar fire on Friday, an unidentified spokesperson with the US Central Command has detailed,Mehr news reports.

A statement released by the agency indicated that no service members were injured as a result of the incident but that rounds impacted civilian areas near the town of Al-Shaddadi. It was also noted that no coalition area was damaged, Sputnik reported.

"All coalition personnel have been accounted for, and we continue to maintain all appropriate force protection measures," the statement reads. "[The coalition] maintain the inherent right of self-defense and will respond to any attack at a time and place of our choosing."

An investigation is ongoing to determine if the fire prompted civilian fatalities or injuries, as well as whether the incident was "deliberate" and, if so, by whom. The agency further stated it would not release additional information at this time.

The launch was earlier reported by Syrian state television, which indicated that air raids had sounded at the base and that the alert level was raised in its aftermath.

The Syrian government sees the US presence on its soil as a violation of national sovereignty and an attempt to seize its natural resources.