Boris Johnson back under pressure as new photo shows him with sparkling wine during Christmas quiz - ednews.net 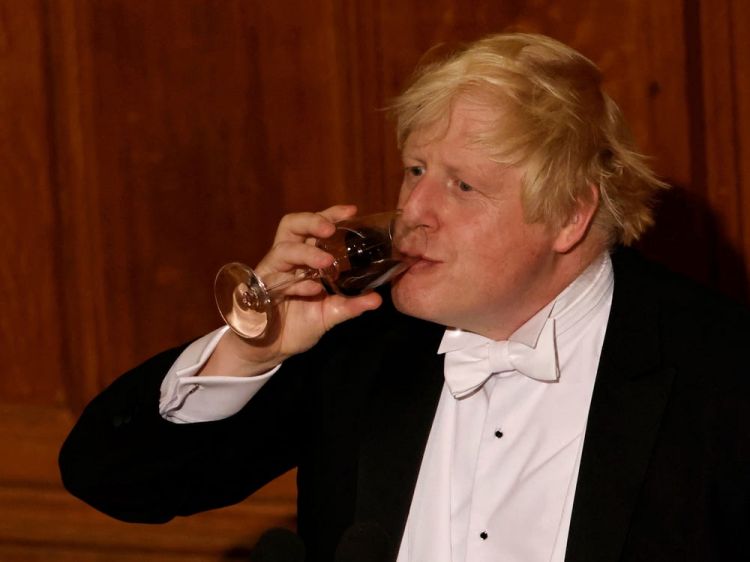 Prime Minister Boris Johnson has come under renewed pressure over his involvement in so-called partygate, after a fresh picture emerged of him at a Christmas quiz during lockdown.
The picture, which shows the prime minister standing near an open bottle of champagne and half-eaten packet of crisps, alongside staff members wearing tinsel and a Christmas hat, was published by the Daily Mirror as Johnson was in the Commons chamber for the last Prime Minister's Questions before recess.
Johnson, who was already under pressure for claims of repeated breaches of lockdown rules at Downing Street and other government departments, was challenged twice as the story broke.
Labour MP Fabian Hamilton asked Johnson if this event would be referred to the police as it "is not one of the ones currently being investigated."
Johnson replied that he was "completely in error," but did not clarify what he meant.
Grilled a second time, the prime minister insisted "that event already has been submitted for investigation."
Speaking after PMQs, the prime minister's official spokesman said it was "one of the events listed in the report that Sue Gray investigated," but added that Johnson "was referring to the fact this wasn't an issue the police had looked into."
As news of the new photo broke, Dominic Cummings, Johnson's former chief advisor, claimed there were "waaaay better pics than that floating around."
COVID-19 rules in England at the time banned two or more people from different households from mixing indoors.
Official guidance at the time said: "Although there are exemptions for work purposes, you must not have a work Christmas lunch or party, where that is a primarily social activity and is not otherwise permitted by the rules in your tier."
Johnson, who has spent the last week attempting to reset his relationship with Conservative backbenchers, is now planning a trip to Poland and NATO's Brussels headquarters amid growing tensions over Ukraine.