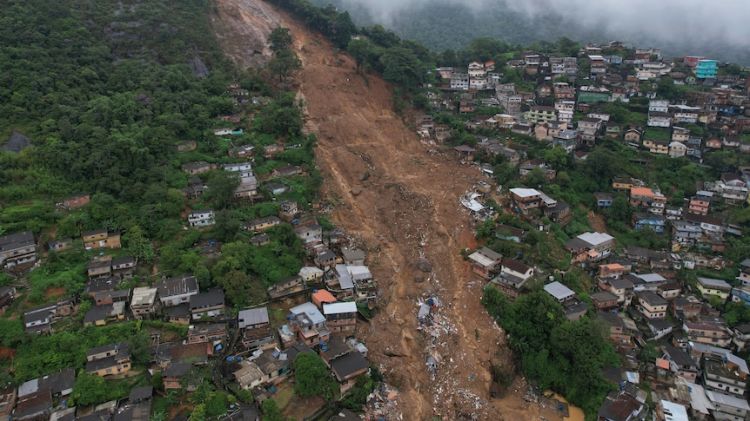 At least 38 people died in mudslides and floods when torrential rains swept a mountainous region of Rio de Janeiro state, and there were fears the toll could rise as authorities check the damaged areas.

Rosilene Virgilio, 49, was in tears Wednesday as she recalled the pleas for help from a woman she couldn't save.
“Yesterday there was a woman screaming ‘Help! Get me out of here!’ But we couldn’t do anything, the water was gushing out, the mud was gushing out,” she said.
The country's National Civil Defence group announced via Twitter the disaster had left 301 people homeless and advised residents to avoid transiting to the city.
The state fire department said late Tuesday that more than 180 soldiers were already working in the stricken Petropolis region, which saw hundreds of deaths from heavy rainfall in 2011.
The department said the area got 25.8 centimetres of rain within three hours Tuesday -- almost as much as during the previous 30 days combined.
The Governor of the state of Rio de Janeiro Claudio Castro said that machinery and equipment would be sent to the Petropolis region to help authorities.
Mr Castro said on Twitter 120 firefighters were currently working in the area, with 60 more to be dispatched to assist.
Eight ambulances have also been send to help victims.